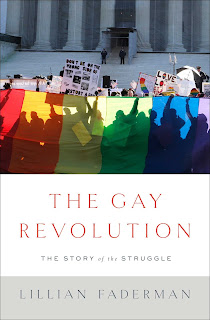 
REVIEWS
The Washington Post "This is the history of the gay and lesbian movement that we’ve been waiting for: compulsively readable, carefully anchored in the historical record, overflowing with riveting stories, human peculiarities and thoughtful analysis of the messy political contradictions that dogged this untidy movement. Other books have purported to explain how the unruly LGBT movement triumphed. THE GAY REVOLUTION succeeds."

The New York Times "To read her is like viewing the AIDS quilt, which overwhelms the viewer with the care taken in each of its numberless panels. Any revolutionary would be lucky to stand in a light so steady, so searching, and so sure."

The Economist "Ms Faderman has ably drawn the map that future historians of the struggle will use to chart their courses."

Huffington Post "The Gay Revolution is a cogent, definitive history of the movement and a towering achievement by Lillian Faderman. It belongs in every GLBTQ home, definitely available in every public school library and sent to every homophobic politician in Washington."

Kirkus* "Inspiring and necessary reading for all Americans interested in social justice."

Publishers Weekly "Faderman’s immense cultural history will give today’s LGBTQ activists both a profound appreciation of their forebears and the motivation to carry the struggle forward."


Library Journal*  "...this volume will deservedly become a standard in the field."

"This book is destined to be one of the lasting contributions to the literature of the gay rights movement."

The Advocate: "...the most honest, compelling history of our movement."

The American Prospect "The Gay Revolution will equip readers with a greater knowledge of the movement’s history, and an appreciation for the crucial role of individual acts of courage in winning and safeguarding equality. And it’s a great read." 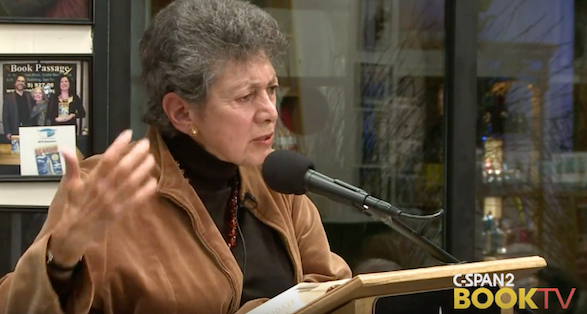 BLURBS
"I am large, I contain multitudes," sang Whitman, and it's the unprecedented compiling of multitudes of individual stories, journeys, acts of courage, stands of defiance, failures, and advances that distinguishes Faderman's sweeping history of transformation. So many people over so many years, each doing their part and propelling forward the epic change that has turned a despised and often hidden minority into a visible and triumphant engine of America's civil rights promise, claiming the vocabulary of love and marriage and freedom.
–Evan Wolfson, pioneering advocate of same-sex marriage and founder of Freedom to Marry

The Gay Revolution fills a yawning gap in history literature, providing readers for the first time with a history of the entire LGBT civil rights movement, from its inception in 1950 up through the current day.  The arrival of this new work is timely, coming just as our country seems poised to recognize the events Faderman recounts as legitimate and important American history. Anyone who reads Faderman’s passionate narrative will recognize it as a story that ennobles the human spirit and upholds the democratic ideals at the heart of this country’s founding documents.
–David Carter, author of Stonewall: The Riots That Sparked the Gay Revolution

The Gay Revolution is an extraordinarily well-documented and thorough back history of how gay equality is moving toward reality. Unless you were there in the 1950s and 60s you might think that the Stonewall riots occurred spontaneously. Instead, The Gay Revolution documents the momentous effort to decriminalize homosexuality and humanize homosexuals. There were gay warriors rattling swords long before gays were allowed to serve in the military. There were fledgling organizations created to unite the gay community for the common effort of equality. This book describes our collective history, which was not a homogenous effort but amazingly has moved us toward marriage equality and social justice.
–Colonel (ret) Margarethe Cammermeyer,  highest ranking officer to challenge the military’s anti-gay policy

Lillian Faderman has delivered the comprehensive account of one of the most extraordinary social movements in modern history. As gay people approach equality under the law, Faderman charts the course that brought such remarkable change so swiftly. It's a dynamic book that matches the power of the movement it describes.
–Cleve Jones, founder of the NAMES Project AIDS Memorial Quilt

The Gay Revolution is the definitive history of the gay rights movement in America. This book will play with your emotions as Lillian Faderman takes the reader on a roller coaster ride of the victories and sacrifice made by the LGBT community and its allies to arrive at this point in time. This is the story of civil rights for the 21st century!
–Reverend Troy D Perry, Founder of the LGBT Metropolitan Community Churches

Lillian Faderman once again shows why she is the definitive voice for gay and lesbian history. This book is a "must read" for anyone who wants to know the stories behind the brave faces that have created a new civil rights movement.
–Brigadier General Tammy Smith, first openly gay military flag officer

The Gay Revolution will be the standard by which all subsequent histories are measured. The fact that it is written in clear English is in itself a cause for celebration.
–Rita Mae Brown, author and lesbian activist